and to all this string I get

What is problem there?

Your df2 is a slice of another dataframe. You need to explicitly copy it with df2 = df2.copy() just prior to your attempt to drop 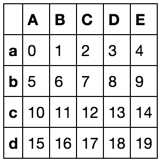 Let me assign a slice of df1 to df2

df2 is now a slice of df1 and should trigger those pesky SettingWithCopyWarning's if we try to change things in df2. Let's take a look.

No problems. How about:

The problem is that pandas tries to be efficient and tracks that df2 is pointing to the same data as df1. It is preserving that relationship. The warning is telling you that you shouldn't be trying to mess with the original dataframe via the slice.

Notice that when we look at df2, row 'c' has been dropped.

And looking at df1 we see that row 'c' is still there. 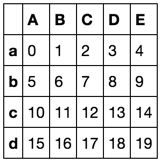 pandas made a copy of df2 then dropped row 'c'. This is potentially inconsistent with what our intent may have been considering we made df2 a slice of and pointing to same data as df1. So pandas is warning us.

To not see the warning, make the copy yourself.

Thank you for great explanation!

if don't want to do a copy and still remove the message, you can set it up: pd.options.mode.chained_assignment = None

Can I say to pandas not show message in just that statement? My intent really is remove a row from slice, not original data

[SOLVED] How to iterate over rows in a DataFrame in Pandas?

[SOLVED] How to deal with SettingWithCopyWarning in Pandas?